At Superbook, we’ve seen God do miraculous things. In December 2016, Superbook aired for the first time in both Poland and Croatia, and we also held Christmas events in the Ukraine, Costa Rica, and Romania, as well as many homes around the world.

On Christmas Day, Superbook was broadcast for the first time in Poland on TVP ABC, their main children’s channel. The first episode had a total of 187,744 viewers!

But that’s not where the story ends. On 6th April, TVP ABC began playing Season 1 of Superbook with one new episode per day and two repeat episodes. On Easter Sunday and Monday, not only was Superbook broadcast on the children’s channel, but also on TVP1, an adult channel. Superbook had the time slot just before the Pope led Mass from the Vatican – prime time for sure! As of right now, Superbook has an average of 200,000-350,000 viewers per episode.

Because Superbook was such a big hit, TVP ABC agreed to sign a contract to broadcast Superbook for three years. Superbook is spreading fast, and it has also been advertised on the radio and in the press. With both Season 1 and 2 now translated into Polish, this is just the beginning for Superbook in Poland.

This success has not come without backlash from some parents, who have contacted TVP to say that the portrayal of Satan is too scary, and Superbook should be aired later, meaning that fewer children will be able to watch it. Ania Talalaj, who is part of our Superbook Team here in the UK, and has played an instrumental part in the translation and dubbing of the episodes, rightly said “the person who is most scared is the enemy. Many people are interested in buying the DVDs and watching more episodes, so we know that God is moving and breaking ground in Poland. Praise God!”

Join us in praying for those individuals who have seen the Bible come to life in the Superbook episodes. Pray for the Polish nation. We know that God is doing a great work and we are honoured to play our part. Thank you to our Superbook Project members who support us financially; you have equity in this victory for the kingdom. If you are interested in being a part of what Superbook is doing, you can find out more here.

Viewers in 12 days of broadcasting on TVP1 and TVP ABC (the equivalent of the BBC and CBBC here in the UK!)

Ania, our Superbook Administrator, shared this story with us:

“Daria and Michal, Polish children living in the UK, are watching Superbook Roar in the Polish language. In December 2015, they came to our first Polish Superbook event in Hereford to watch The First Christmas episode. They received a free DVD that they enjoyed playing many times. Now they can enjoy watching the whole of Season 1 (13 episodes) in the Polish language on Polish national channel TVP ABC through satellite TV Polsat at their home in the UK. Superbook is their favourite serial that they watch every day.” 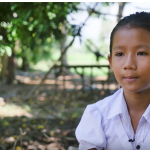 Chavoin and her family all find GodBlog, Superbook World